We were glad to hand you the Artmagazin prize honoring the fairest booth at the Market. As we don’t know each other, could you introduce yourself and your artistic practice in a few words? 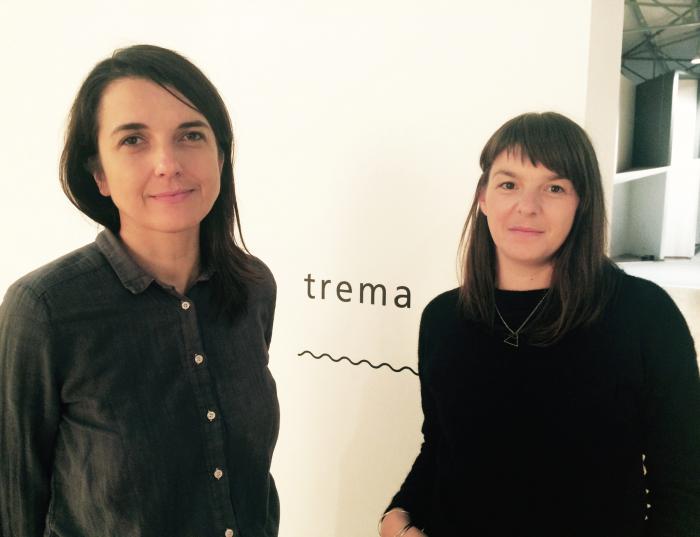 You are part of the ‘Balkan Guest’ section here. What is the art scene like in Montenegro? Here in Hungary, much of the cultural life is happening in the capital city, while the periphery remains underfunded and on average also more conservative. Do you have an intensive art scene in Podgorica? What is the situation outside of it? Does it receive enough attention and visibility internationally?

N.V.: Montenegro is a small country and has no real art scene. We don’t have independent contemporary art projects, everything relies on institutions which are unfortunately very slow and out of time. We had some very nice days in the past, for example the Cetinje Biennale was a great project (it was held between 1990 and 2004) and during that period a scene was starting to live and Montenegro was quite visible in the contemporary art map of the region. After independence, our culture became isolated and most of the projects were dancing around artificial pumping of our national identity. Contemporary art has been put to sleep. Today, we have several independent artists who work hard and manage to be visible internationally but there isn’t a scene to speak of.

How did you experience the breakup with Serbia, a result of which Montenegro became an independent state in 2006. It wasn’t too long ago. What type of art and attitude did you socialize on before the rupture and how emancipatory the period after 2006 was in the arts? Did it open a lot of new windows of opportunities?

N.V.: Serbia and Montenegro was the last leftover from real unity of our states, Yugoslavia. As we all know, the breakup was not pretty and all former Yu republics are still in the vacuum of transition, in a chaotic gap in-between a utopian socialistic system and the cruel hit of wild version of neo-liberal capitalism.
When we talk about art, boundaries were never good thing for its development, smaller state > less opportunities.

I would like to hear more about the starting periods. What made you to initiate an art organization and what activities are you running under its name – Institute of Contemporary Art?

N.V.: I had this idea for a long time but it took some failed attempts and natural selection until I met people who shared similar ideas and vision. We have realized that we don’t have an organization in Montenegro that can help artists communicate with the contemporary art world abroad, no one does research in art, no one does archiving, there isn’t a consistent and engaged debate or criticism. These are basic things for art practice, and if we don’t have it, we have to make it. The ISU is just starting.


If I got that right, ISU is an institutionalized artists-run-space. Its name suggests that it is more than just an informal amalgamation of some local artists, and also implies a certain seriousness along with long-term perspectives. How are you operating now and what are the main directives for the future?

N.V.: We named our organization "institute" deliberately, it’s a tongue-in-cheek name to point out that institutions that should be doing the work of promoting and supporting artists are not doing their job. So we, artists, self-organized an institution to do that. These days we are working on a study, mapping the problems of quality and pointing to the missing parts on Montenegrin cultural platform. We want to create a database, start an archive so we would have an overview of the situation. That’s the first step. 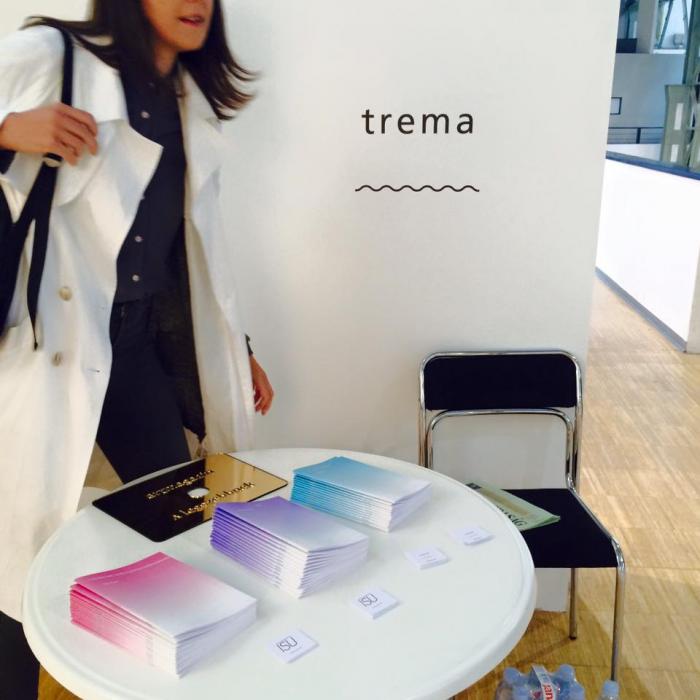 On the Eastern hemisphere of the art world, when speaking about mission statements, we can’t help to touch upon politics as well or at least the working methods of sustainability directly or indirectly associated with politics. How do you cope with that issue and what is your policy to choose partners/co-workers?

N.V.: Yes, that is the curse and alibi, all hierarchy is organized under the hat of politics… Montenegro is a very bad and tragic example of this, our culture is the victim of an incompetent, corrupt system and it has become its servant.
I think the situation is similar all across the region. We should keep in mind that we are not alone, numerous individuals and organizations exist around us that are committed to a mission similar to ours. We intend to grow our relationships organically, with partners who share our beliefs, whether they are from an institutional or an independent background. It is the people, who spread the seed of change.

Here in Hungary since the 2010 turnover, we have experienced an ultraconservative shift that has resulted in a general turn away from government-lead institutions and the majority of professionals and progressive cultural workers are forced into new kinds of economic models and self-management. What is characteristic to the climate over there?

N.V.: This is precisely why we have started our organization. The situation is not the same, but it has similar consequences on art. Institutions still function in the old slow systems, jobs are secured not through competence but personal connections, the budget for culture is very small and certainly not encouraging innovation. People who want to do more radical or more innovative things, or want to change anything at all are left to their own devices.

Can you name some art events that you have realized so far, which you regard for some reasons to be outstanding?

N.V.: We are just starting with our organization. After the Art Market Budapest we will be launching the study Connection Lost: Isolation as Choice > Montenegrin Contemporary Art. It will be presented in Venice during the project The Silver Lining. It’s a collateral event of Lichtenstein’s presentation at this year’s Venice Biennale. 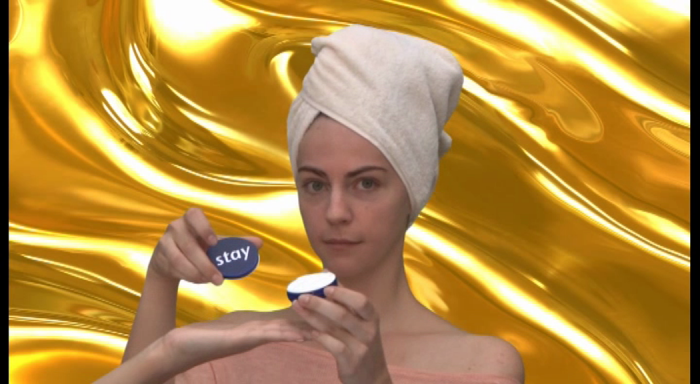 Who are the big names in Montenegro, I mean artists who are internationally recognized?

N.V.: We have some interesting artists whose works you can see on international exhibitions and film festivals, my faves are Irena Lagator, Jelena Tomasevic, Lenka Đorojević, Adriana Gvozdenović and filmmakers Ivan Salatić and Dušan Kasalica.

I have noticed that you also sell booklets in your booth that seem to make up a comprehensive series. What are the themes that you have covered? Is there a theoretical line of thoughts you adhere to? What further editions are to follow?

Jelena Stanovik: We have just started Trema, it's a micro-publishing project, and so far we have published a series of small-format books, each being one essay or one short story long. The first series of books are loosely themed around the idea of acceleration. Steven Shaviro's "Introduction to Accelerationism" gives a useful overview (and a critique) of this idea that has been gaining momentum in recent years: that protest doesn't work any more and the tools of capitalism must be used to bring about the end of capitalism. Hito Steyerl's essay "In Free Fall" considers the change of predominant perspective from linear to aerial, which developed under the influence of Google maps and surveillance... Jelena Stanovnik's short story "Silvija" stages living in the capital of Montenegro, living on the edge of "the West", with pretensions "to be West".  In preparation also is the prose poem "Track Star" by Andrew Durbin – it has an unusual perspective on the globally popular Adidas tracksuit. We plan to continue publishing thematic series of small-format books and we have ideas for photography and artists' books further down the line... But our big goal is to find ways to readers and contributors from across former Yugoslavia. We publish things we are fascinated with, and with our books we want to start – and contribute to – conversations that are relevant to all of us at the moment.

Could you describe your booth here at the Art Market? Who and what do you exhibit?

N.V.: In addition to Trema books, we present Adriana Gvozdenović's project "Thank you for your Visit". It reflects the experience of a recent immigrant, a guest worker in a foreign country. Adriana lives in Brussels and over a year she has collected receipts for all her shopping. She combined that with drawings she copied from diaspora newspapers to produce an immediate and moving diary of a life in flux. I have also brought a couple of my own pieces, installations "Point of View" and "Poem". These are pieces from the series "Nature and Society", and they consider society as primary "nature" of contemporary humankind. All the works we are exhibiting speculate on aesthetics of the intimate and familiar experiences, propped up by social constructs in the background. 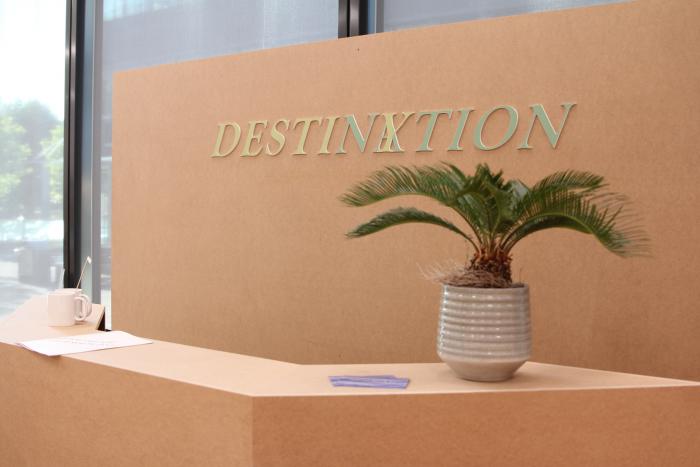 What type of art stands close to you?

Art that impresses me the most these days is one which is brave enough to recognize the brutality and anti-attraction of reality of the present moment, and does not hide in the safe place of elitist escapism of philosophy and aesthetics that was created by some previous generations.

Did you have any professional contacts with the Hungarian art scene before coming here?

N.V.: This is our first interaction with Hungarian art scene, we are happy to be finding similar-minded people and organizations. We are grateful to be invited, this has been a rewarding presentation.