The Sofia Art Week still happened this September; it was still in the summer when I got a video-message from the midst of the Serbian protests. The sender was Iva Kuzmanovic, one of the artist-curators of Belgrade’s U10 art space. Rokolektiv Festival had to be cancelled in Romania, the organisers curated an online exhibition instead (Probabilities Around the Center). International co-operations moved to the virtual space, most of the residencies are stagnant, trips have been postponed. I’ve registrated to at least five webinars this week. Strange media. I haven’t attended any of them. Meanwhile, local crises are getting louder and louder in the shadow of the global pandemic and its socio-political aftermaths.

The world is not the same and crisis is not anything new – neither in the cultural sector –, but rather habitual: where isolation is a common thing and only uncertainty is constant; where political power uses even a global pandemic for its own self-justification, and information is fragmentary and unreliable. Events and contexts of the contemporary art scenes in the neighbouring countries are still rather easy to follow – the less visible self-organised, DIY scenes, their actors and initiatives much the less. Nonetheless artist-run galleries, on- and offline communities and young artistic/curatorial collectives are in many ways the most vulnerable to the effects of the current crisis, these territories of contemporary culture also have the greatest potential when it comes to critical perspectives, hybrid structures and flexible alternatives. (Just what we need.)

By now, instead of the long gone connection between the non-profit, progressive cultural scene and state-run cultural institutions, it seems more important to ask what is actually happening in the alternative cultural spheres of other peripheral localities. How does a bulgarian artist-run project space reacts to local political realities? Can we use virtuality and its alternate identities as a space of resistence? What does „DIY culture” mean in Hungary and in Greece? What are our differences and what makes us similar?

Gold und Liebe started in the summer of 2020 as a side-project of Alterum – artist-run network in the CEE region, and in the form of a series of podcasts hosted by Lahmacun community radio. The title is a direct reference to the 1981 album of the west-german electro-punk duo D.A.F. (Deutsch Amerikanische Freundschaft). Through interviews and articles, the column in Artmagazin Online reports from peripheral regions with distant voices; about young artist-run, self-organised cultural scenes, community initiatives, and thoughts of local artists and curators.

This article was created with the support of Summa Artium. 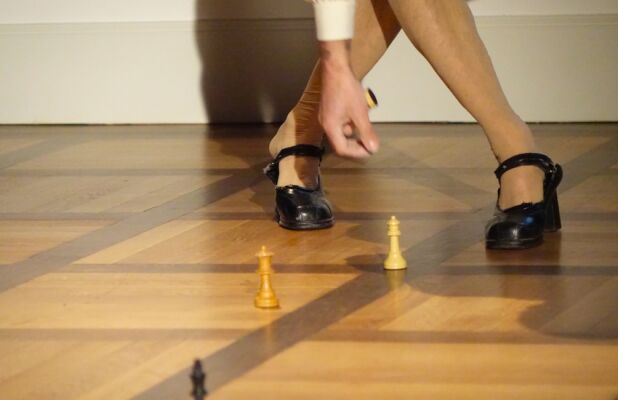