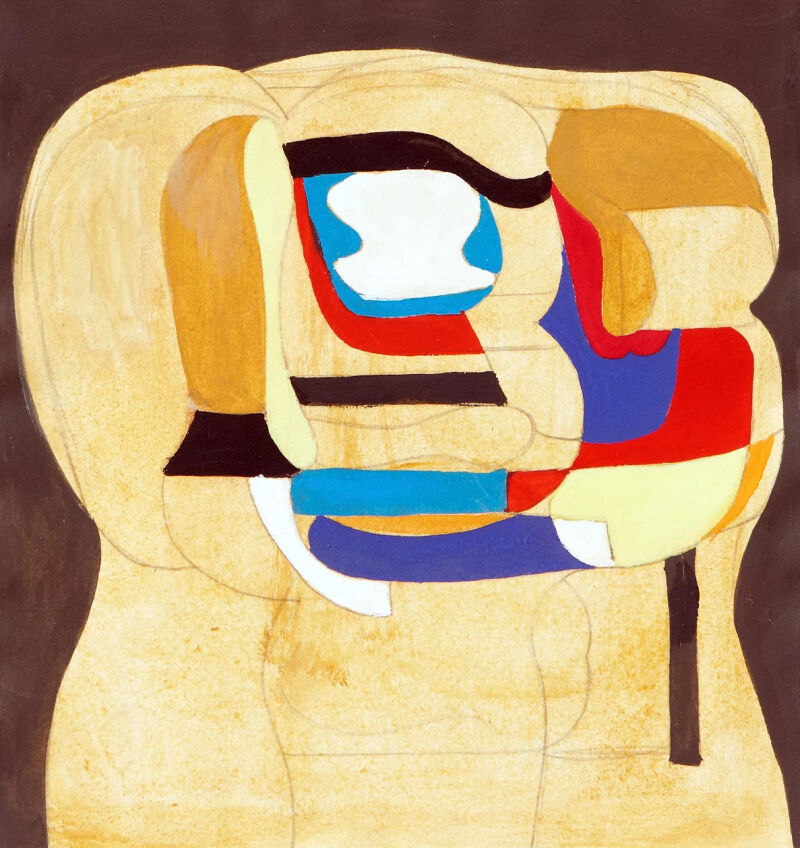 From Eastern Hungary to France

In the life and oeuvre of an artist, there is often little of consistency to allow general conclusions to be drawn. The majority of artists, writers, thinkers and even scientists ebb and flow through better and worse periods. What is almost certain, however, is that the human characteristics and stages of individual artists cannot be explained with anything other than the undeniable differences in their personalities, their convictions and their private lives. 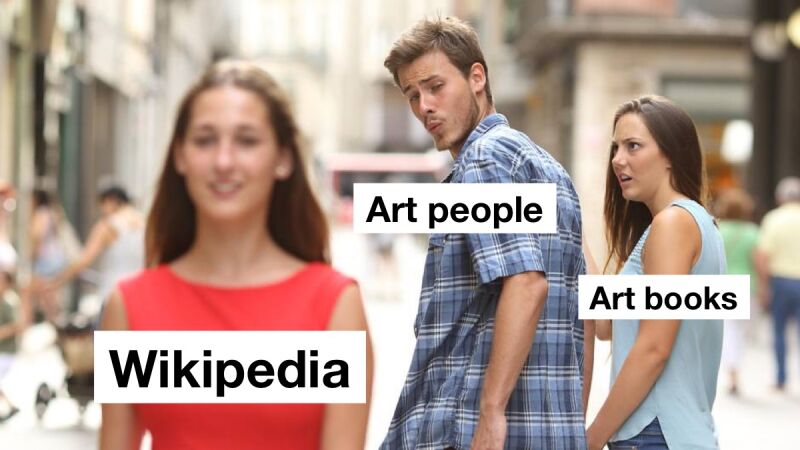 “No single piece of a meme is a masterpiece”

I lost useful hours to this meme page laying on my sofa scrolling through all the witty memes about the contemporary art market and art theory. Besides being a big fan I wanted to figure out the motivation and drive behind the two-year-long activity that created 1340 posts so far—all of them focusing on daily happenings and existential questions in the art world. 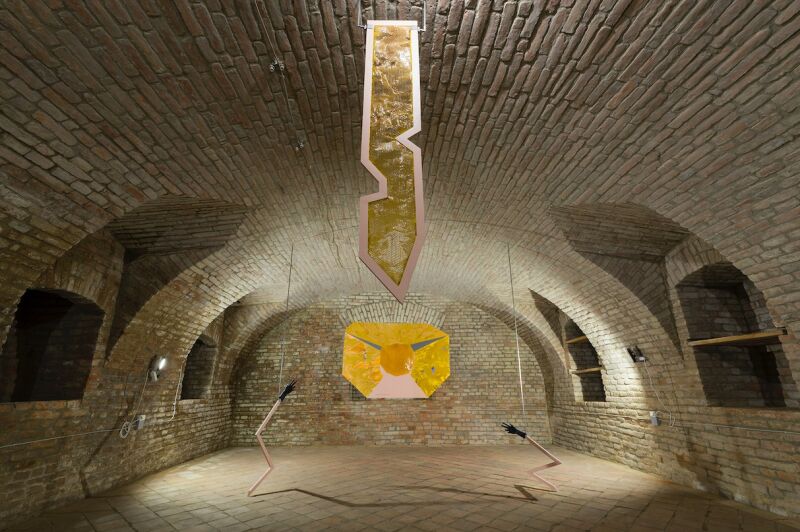 Lili Agg: The Possibility of an Island

You go down into a renovated cellar of a baroque castle in the middle of a sparsely populated village in South-West Hungary to find an unexpected exhibition of an emerging Hungarian artist. The contrasts between the extremely sizzling summer sun and the natural coolness of the basement creates tense atmosphere for Lili Agg’s installations. 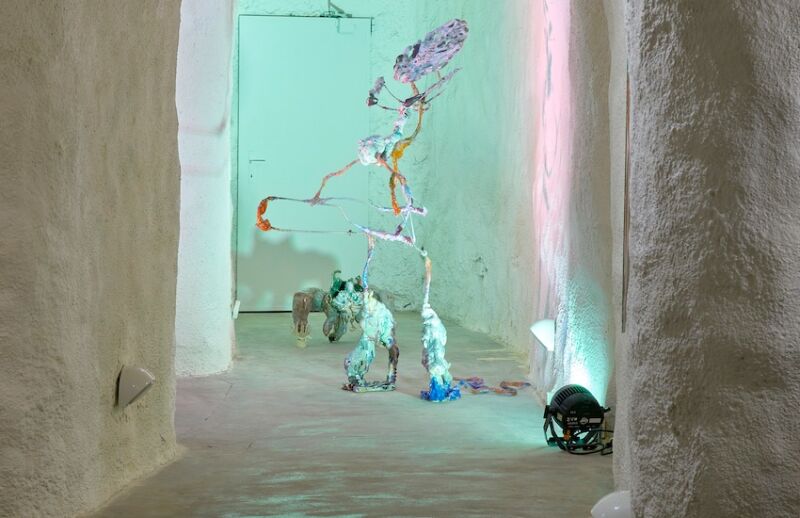 Šimon Kadlčák (CZ) (*1990) works interdisciplinary in the field of contemporary visual art. Along with his own artistic practice he co-founded an independent experimental off-space Zaazrak|Dornych in Brno, Czech Republic. He explores the theme of dissolving identity of an individual in the collective or in the altered states of consciousness, that includes topics such as autonomy, freetekno, football or the Hussite movement. In the past years he exhibited solo at Berlinskej model, 35m2 Gallery, Jelení Gallery or National Gallery in Prague and at group shows at PLATO Ostrava, Kunsthalle Bratislava or Galerie Emila Filly in Ústí nad Labem. He lives in Brno where he also graduated at the Intermedia Department at the local Faculty of Fine Arts. 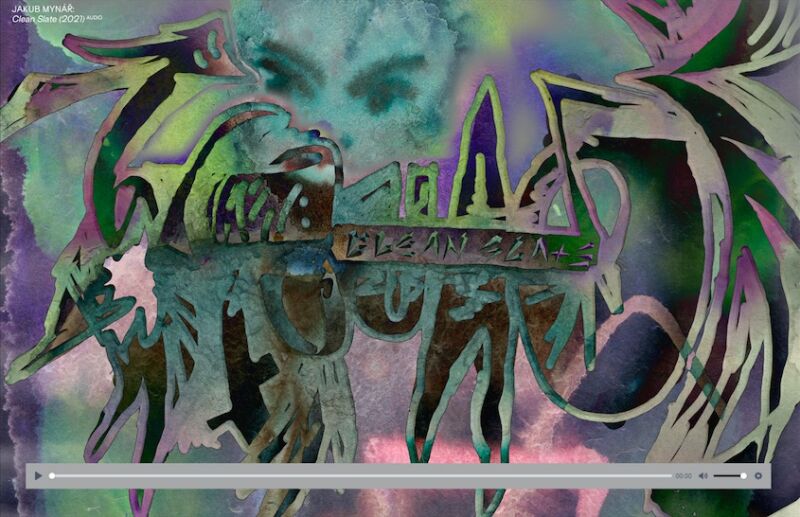 Bublina is an online magazine created by students from different studios of Brno’s art university FaVU VUT. Within this multimedial platform they explore the possibilities of digital publishing as a space for presentation, dialogue and collaboration. In the third issue with the theme Brave Space, they decided to sign the codex of the feminist art institution, which defines the principles of their work ethics. The main aim of the crew is to support their colleague students and also to create a self-made institution with a progresive approach of communication not only with the general public, but also within the collective itself. 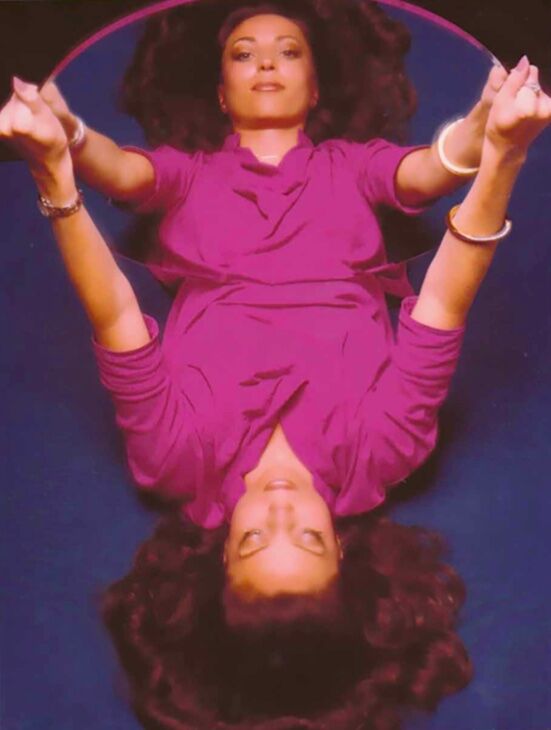 I grabbed a hammer and smashed my reflection

She ranks high among women who integrate aggression into their art. Her main media are textile, her own body, video, and, lastly, light. She lives in Switzerland but dreams in Hungarian. 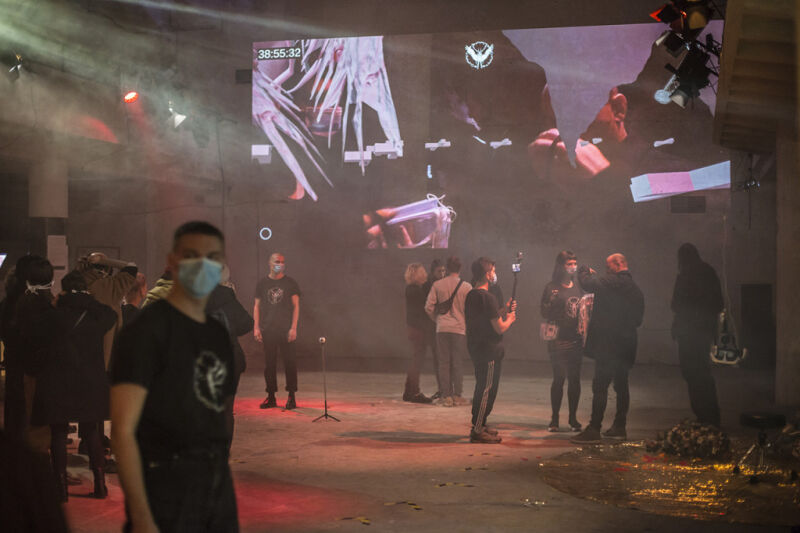 Hollow embodies the shared hallucinations of choreographer Viktor Szeri, game designer Tamás Páll, and curator Gyula Muskovics. They have been working collectively since 2018, combining their visible and immaterial forces with sound and game mechanics to create immersive environments and cross-reality experiences. They merge the methodologies of choreography and contemporary dance with poetics, augmented reality, and live action role-playing to build world prototypes where the dominant systems of consensual reality can be questioned and modified. Hollow has provided access in various forms to the land of obscurity, investigating topics and contexts such as queer cruising, millennial cults, eco-anxiety, nature as a black box, and walking as a psychoactive substance. Hollow is constantly becoming, and most of their performances and installations are ongoing. Moving seamlessly across virtual terrains and the corporeal, they blur the line between fictional and consensual realms and distill personal domains into collective experiences. Hollow is a shapeshifter; they melt and mutate in the moment and the space they occupy. They are a crucible where identities and narratives dissolve and bleed into each other. 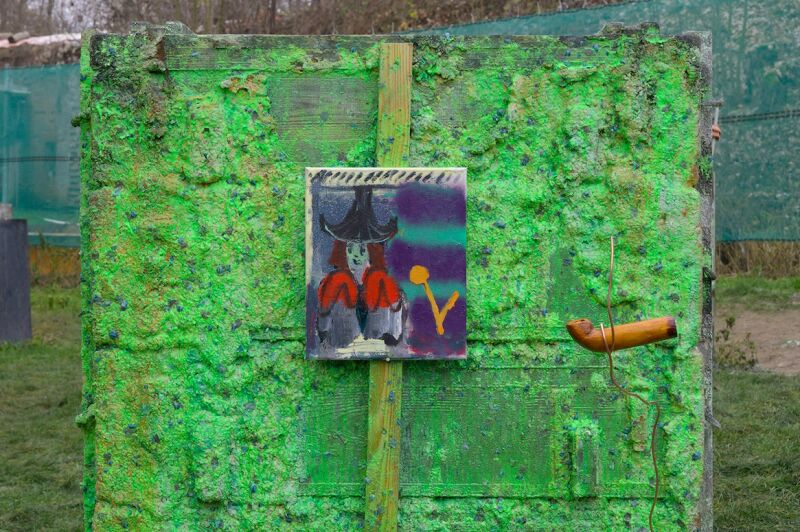 Šimon Sýkora (1990) lives and works in Prague and Vienna. He graduated from the Academy of Fine Arts, Prague in 2019. He participated in the study programs of Unarte Bucharest (2016) and TNUA Taipei (2018). His attitude as an artist is characterized by primitivism and sensitivity, working with themes such as absurdity, embarrassment, irony and apathy. Through his paintings, he captures distant characters, silently provocative inhabitants of terrains the rules of which we are not even aware of; while his performative practice dives in the bizarre spheres of political extremism. 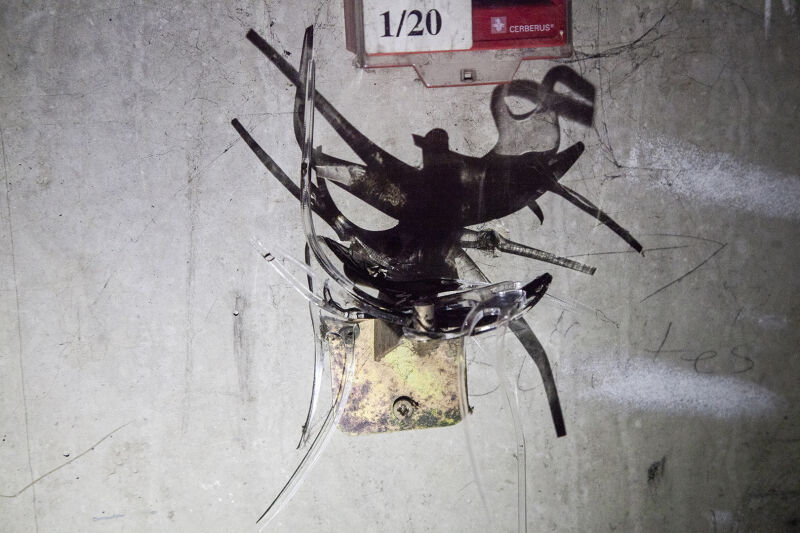 Gold und Liebe VIII. – Utopia is an existence of uselessness

Rhizome parking garage is a decentralized art project. Through art, music, writing, and the creation of decentralized networks it hopes to help create a desire to shift the structural asymmetries. 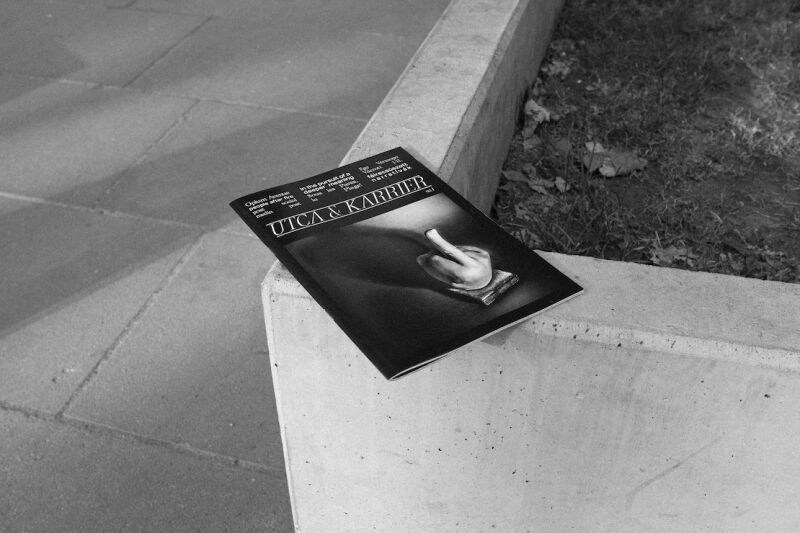 Utca & Karrier (U&K) is an underground platform, focusing on politics, culture and arts. It aims to represent a critical, young creative scene and to build an institution in a counter-institutionalist manner by giving voice to new thought and perspectives. The magazine was founded in Budapest, in 2018 and has been operating ever since with a growing net of collaborating artists and writers. Following the previous issues (Application, Violence, Knifes, Flames and Golden Age) U&K is currently preparing its 6th publication, Phoenix. 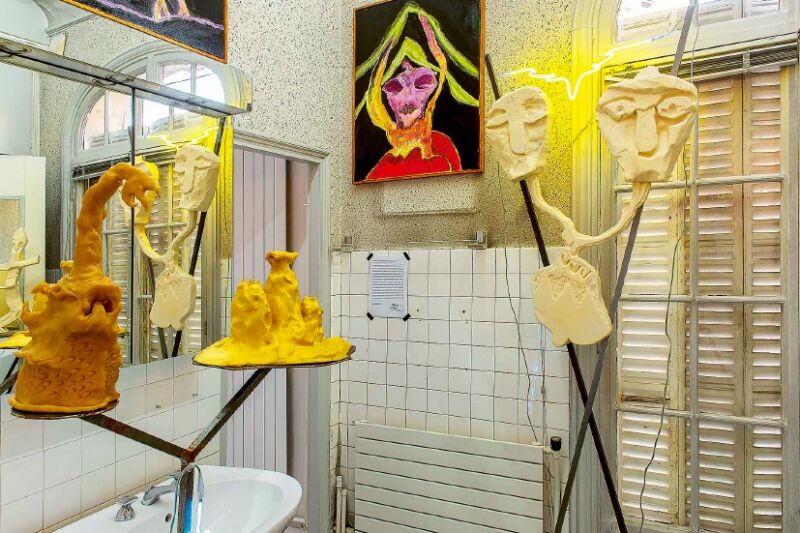 As One Plays with the Shifting Patterns of a Kaleidoscope

Flowers with human faces, salamanders, hermaphrodites, kind freaks, liberating demons; art opening a door to chaos. Or, what if what we considered chaos so far, is closer to us, than order is? 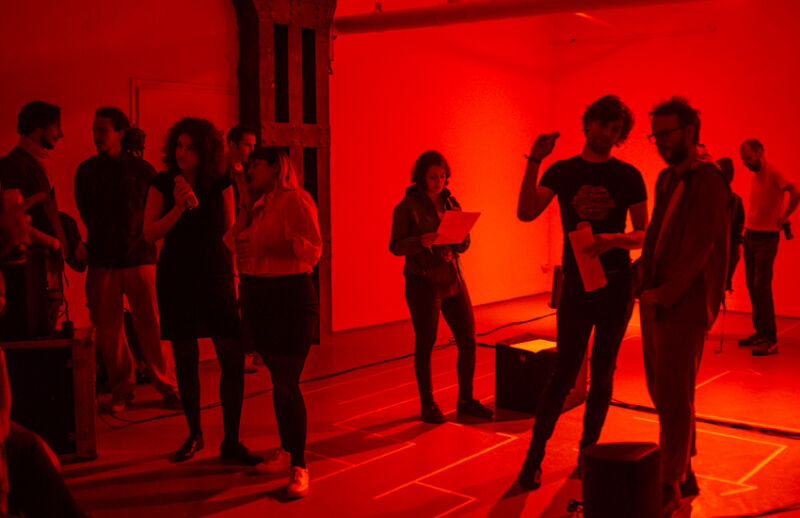 MŰTŐ is an artist-run independent platform and art collective. Presenting diverse programs since 2016, it works on expanding the boundaries of art, focusing on emerging Hungarian and international artists. MŰTŐ’s community is built through critical curatorial approach and democratic structure based on DIY culture. Having been part of this community as a member of the team and still working together on the Alterum artist-run network, we’ve talked with Zsófia Kókai, Flóra Pálhegyi and Veronika Romhány about the present and future of MŰTŐ, shifting structures and expanding horizons. 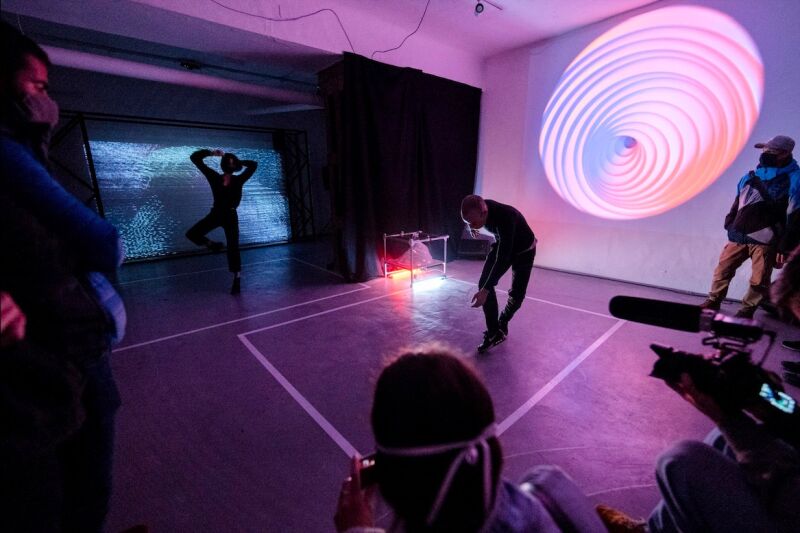 Gold und Liebe V. – It’s about friendship and this sense of otherness

In the summer of 2020, we recorded a radio show with the participants of a regional cooperation project. We organised the cooperation together with the members of Budapest-based MŰTŐ group. 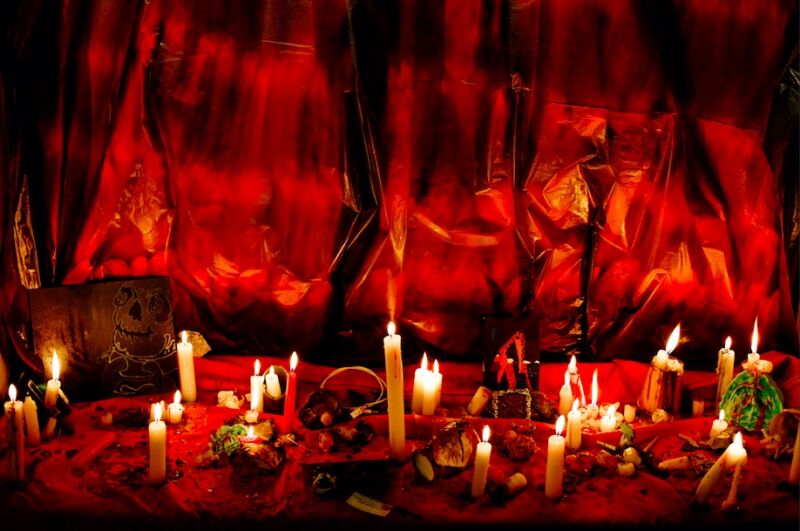 Plague is a curatorial group founded in Krasnodar, Russia in 2018. It was created by three young artists, Arthur Golyakov, Stas Lobachevskiy, and Vanya Venmer. In their curatorial and artistic practice, they discover such issues as post-graffiti aesthetics, occult roots of capitalism, non-human and object-oriented agenda, and other newest artistic topics. 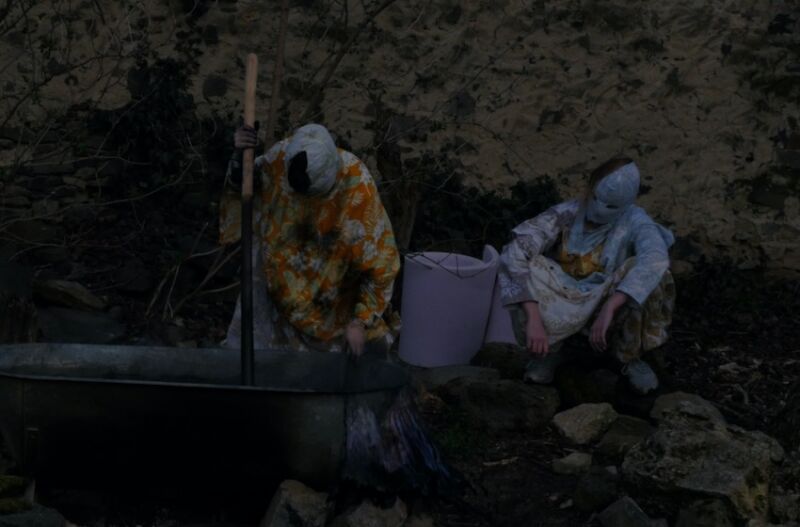 The (new) Constellation, the T(n)C was founded in 2017 by Ágnes Várnai and Tina Kult. They live and work in Vienna and experiment with a wide range of media, including virtual reality, 3D, installation and fashion. By combining the different disciplines, they are researching immersive experiences to connect the digital and physical levels of realities. T(n)C believes in the power of joint efforts. Their aim is to expand the practices of collective storytelling with a collaborative approach.