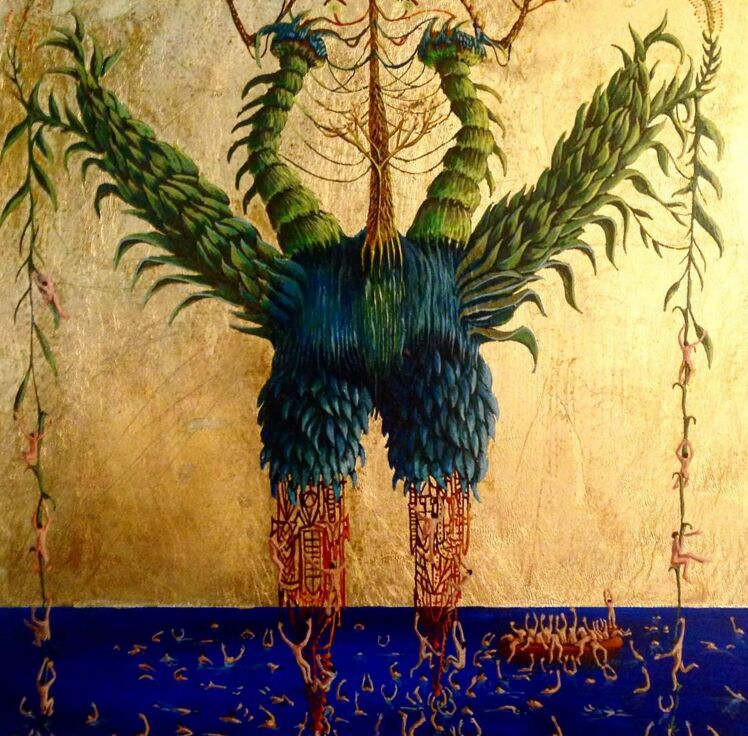 Getting a bigger picture from a quite small booth

Wandering around in Art Market's endless maze the visitor happily recognizes a Polish gallery's - called PROPAGANDA - booth. The installation's simplicity and the "not-too-crowded with artworks" mentality shines through even from far away. Mariusz Tarkavian's, Tomasz Kulka's and the Polish group - who even have an exhibition in Budapest right now - Łódź Kaliska's work create a balanced triptych. The Jan van Eyck-like paintings, the photograph based conteptual works and the bunch of small drawings representing three different techniques and three different artistic attitude. We get a bigger picture from a quite small booth. 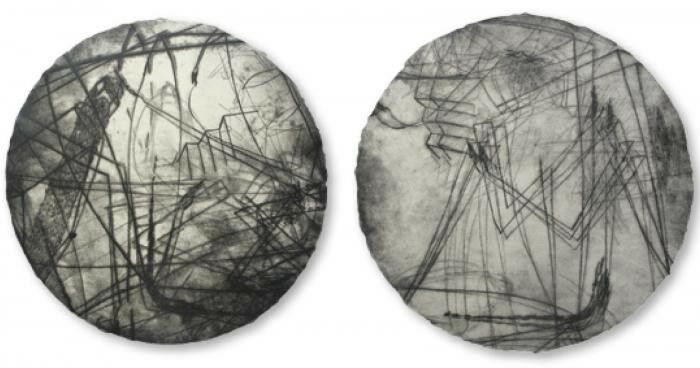 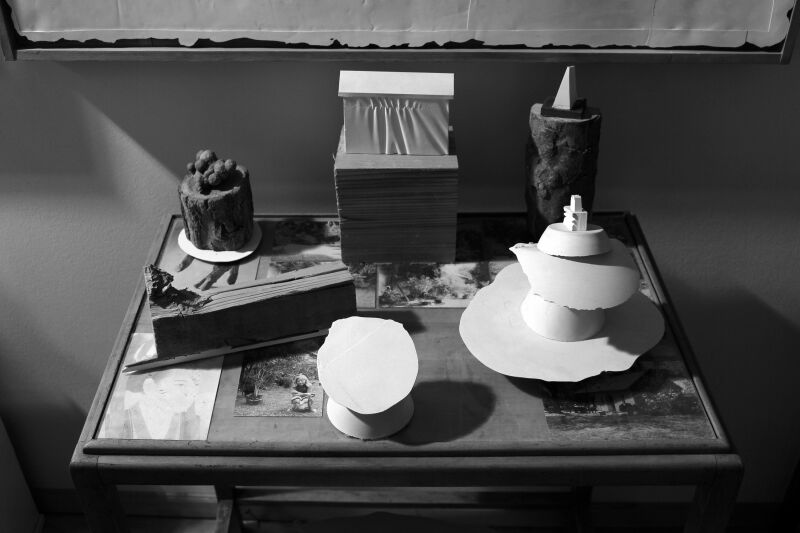 What the Artist Brings to the Table: On the György Jovánovics – An Autobiography Exhibition in Balatonfüred

„I am what is around me.”
/Wallace Stevens: Theory/

Only after viewing the György Jovánovics exhibition in Balatonfüred did I realise that every day, I pass the image of an alchemist’s workshop in my home. In the kitchen, right by the fridge, hangs a plate that I scavenged from a German junkshop about 4 years ago. The plate shows a scene from an alchemist’s workshop with a plethora of interesting objects, gurgling flasks, a busy main character, fixing up something from a recipe, and another character fanning the coals in the background. Up on the right, there is a sharp gap the size of a horse’s eye: the plate once broke, and the plate’s edge, decorated with animal skull, has been waiting for the reunification ever since, hidden in my desk drawer. “Der Alchemist – Holzschnitt nach einem Gemälde von David Teniers 1750” – states the inscription. That is, the image described above has been transferred onto the porcelain plate from a woodcut based on David Teniers’ painting The Alchemist. The plate is hand-painted, but that is beside the point. By now it’s probably evident to the reader that this piece doesn’t hang on my wall because it’s a great work of art. It earned its place because of the mystery, begging to be solved, that has permeated every depiction of the alchemist’s lab for centuries. 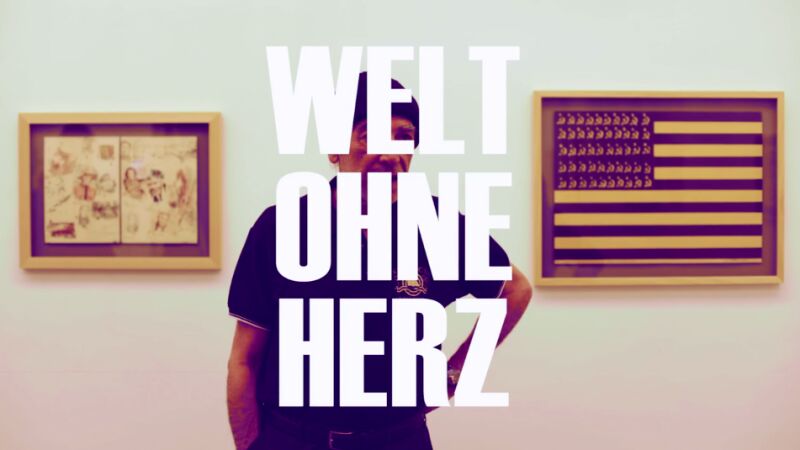 A video interview with Gábor Altorjay on his exhibition titled WELT OHNE HERZ at acb Gallery. 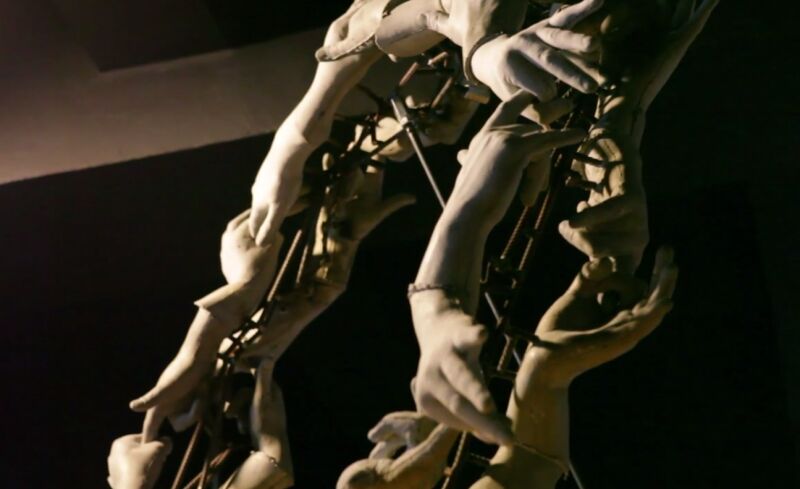 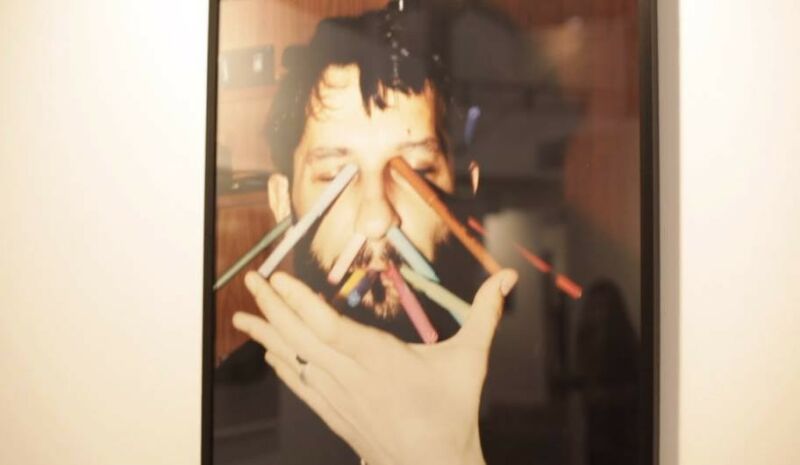 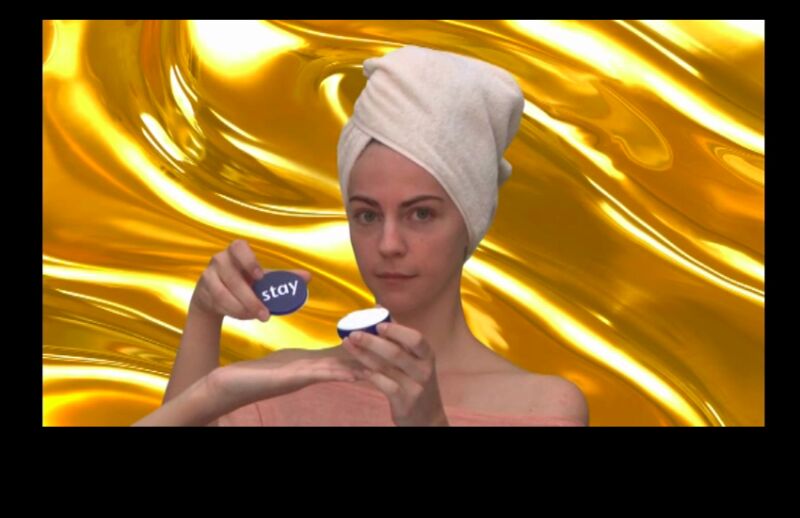 To the fair’s fairest 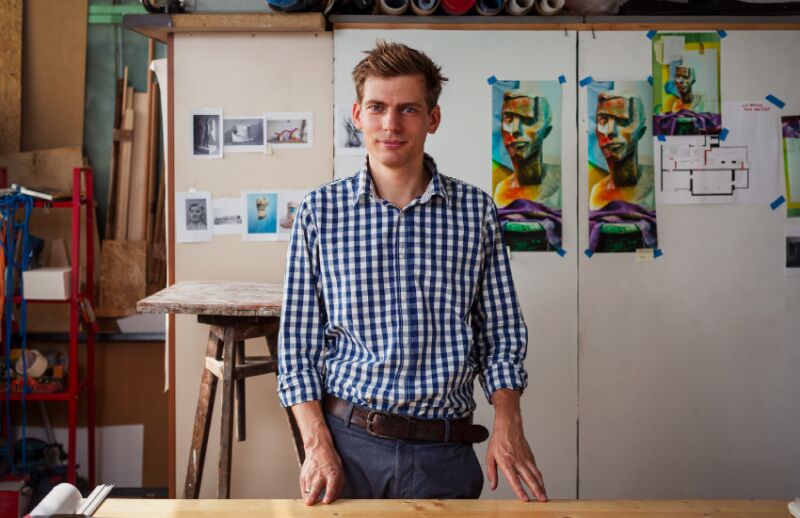 'Even if I were to tie-dye, write poetry or folk songs, the medium of photography would keep haunting me'

Hungarian Cubism is 'a quasi virgin territory, a term that has not even deserved a subchapter in our handbooks yet.' – declared Gergely Barki on the pages of the August issue of Artmagazin. Today, the research of this specific historical period seems to keep up the interest beyond the circles of committed art historians. The project of Péter Puklus revolving around the pioneer Hungarian cubist sculpture, the ‘Head’ of József Csáky has gained attention with the aforementioned article simultaneously. The visitors of the Amsterdam-based Unseen Photo Fair & Festival are exposed to the remake of the Csáky statue on posters, citylights, entry tickets etc. Péter Puklus who was in charge of the the complete visual identity of the festival was interviewed by Szilvi Német about the rediscovery of the lost sculpture, the remake process and the campaign in general. 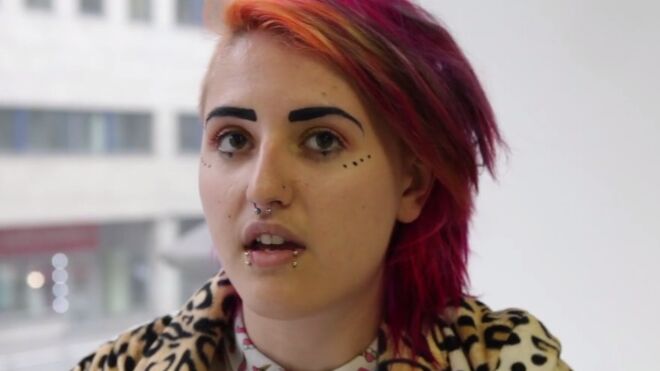 Urban spaces are constantly in flux. Changing, growing, deteriorating as we (culture and society) move around them. Leaving in our wake a socio-political architectural debris within our cities. The abandoned and the vacant, the pieces that got left behind.