EJTECH (Esteban de la Torre and Judit Eszter Kárpáti) is a polydisciplinary studio working with unstable media, experimental interfaces, electronic textile, and augmented materials. Recently they had a quite grand-scale collaboration with Dior so we interviewed them to know more.

Róza Tekla Szilágyi: This is not the first international opportunity EJTECH has grabbed. You worked on the latest Blade Runner 2049 as a designer in the costume department. what was your role in that production?

EJTECH: Embedded electronics, soft-circuitry and specialized lighting on costumes. In Scott’s / Villeneuve’s view of acid rain-drenched LA and skin job society in 2049, life is led deep in fog and wrapped in gloom. During the briefings we discussed bioluminescence and how deep sea creatures glow so organically and seamlessly fit into such environments. We aimed to translate this into a film. 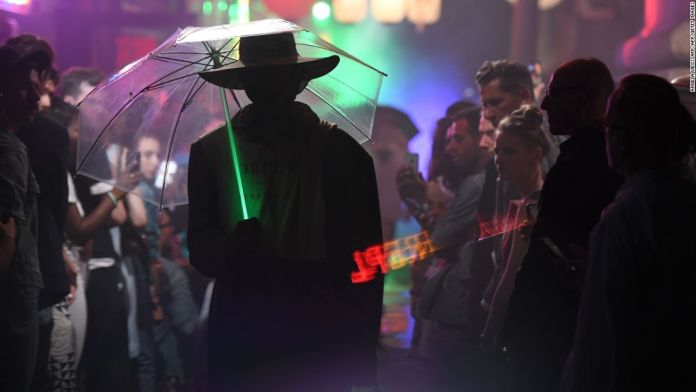 Were there any other international collaborations in your practice that you count as important?

Overall most of our commissioned work, whether it is for art galleries or commercial pieces, comes from abroad.

We have a hanging collab in the works with beautiful Maya, aka M.I.A. We were first introduced shortly before the Southbank Center Meltdown she curated, but the timing was way too tight to get the piece built and ready in London. Probably for a while now such works for huge audiences and international frog leaping will be pretty restrictive on many fronts, but hopefully sooner than later we can get this ball bouncing again.

We also recently worked on a dynamic sports jersey for the Brazilian football club Esporte Bahia. Hooliganism reached alarming deadly levels in the past seasons in Brazil and the Leo Burnett Agency reached out to propose a thought-provoking response. We created a football jersey that would only display the Clubs logo while inside the stadium, and while outside, this logo would disappear, making the fan neutral, and safe. I believe it is important to highlight that we don’t make commercial products for massive distribution, but specialized art pieces that incite heightened experiences. 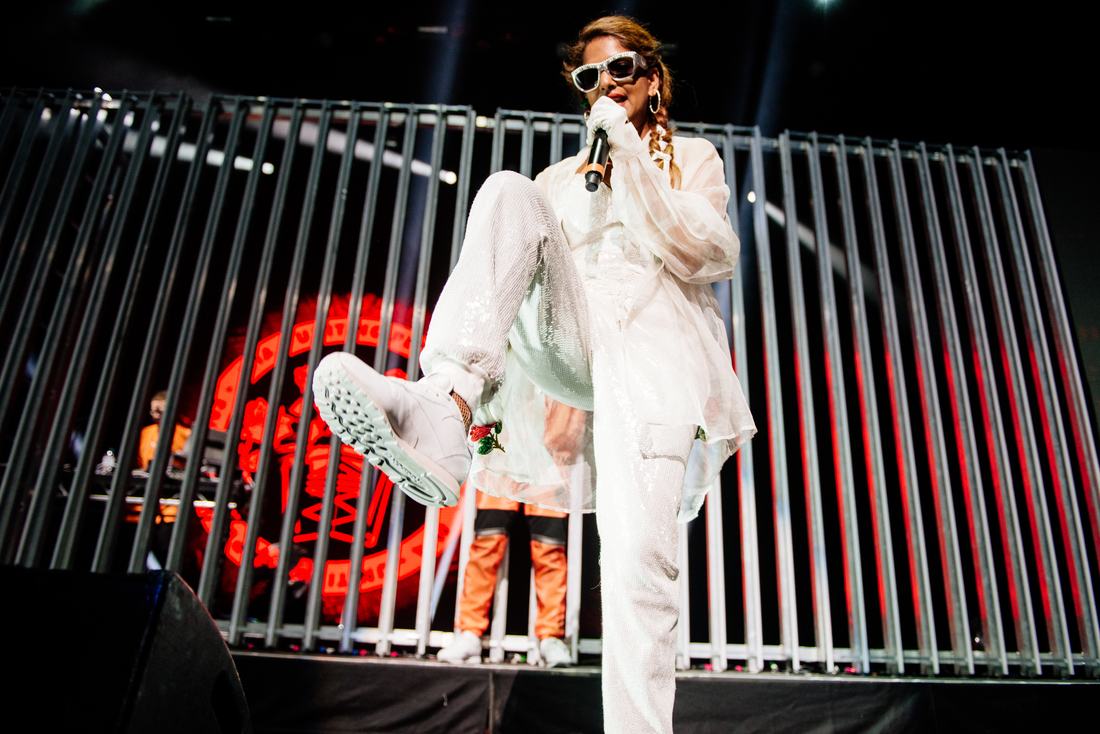 Now you had a collaboration with Dior – how did their team find you and your work?

Dior first reached out to us a couple of years ago after they saw our work, and we stayed in contact ever since. During this time we ping-ponged concepts and produced prototypes. About a year and a half ago we got the first heads up about this legendary collaboration they were cooking up with Air Jordan - Nike. They then sent over an AJ1 High OG silhouette to dissect, experiment with, augment and propose concepts. We went through a couple of iterations until we all felt satisfied and set to get working on the crisp and fresh AirDior pairs.

What was the brief and on what elements did you work on?

The AirDiors are crrrrrrazy detailed and beautifully hand made in Italia. They asked us to take these details and highlight them via interaction as an installation for the world wide drop. Each sneaker is embedded with 6 of our haute couture soft sensors, entirely non-intrusive, entirely wirelessly connected to our composed, generative beatscape. The experiencer unfolds a unique experience via haptic explorations and delicate hand gestures. The sneaker pair is placed smack in the epicenter of an emblematic light sculpture that works in sync with all tactile events on the AirDior pair. This ordeal had to represent raw sneaker culture, as well as the timeless elegance of The House of Dior. Their expectations were super-high, and it was an awesome challenge to live up to them.

Research and experimenting are key elements in your artistic practice. Do you divide your collaborative work from your art? If yes, are you able to transfer this eagerness to experiment to your "on-demand" work?

We are very lucky to have the chance to pick and choose the collaborations we jump into. Therefore, all of our collabs are very close to our hearts, in-house artistic research, current interests and ongoing experiments. Probably the main difference between our “commercial” collaborations and our artistic practice, is the personal philosophical wraparound embedded into the resultant art piece. 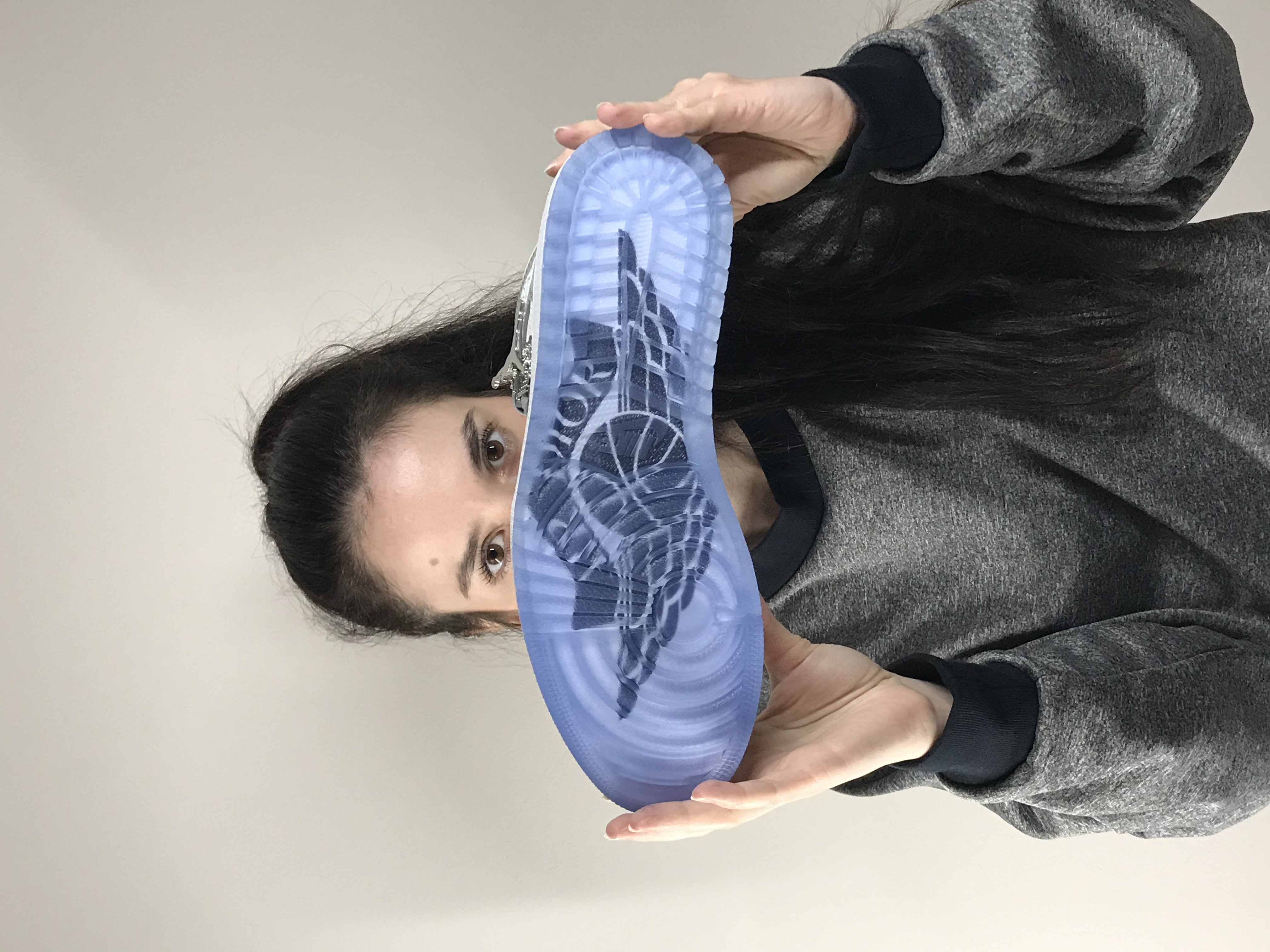 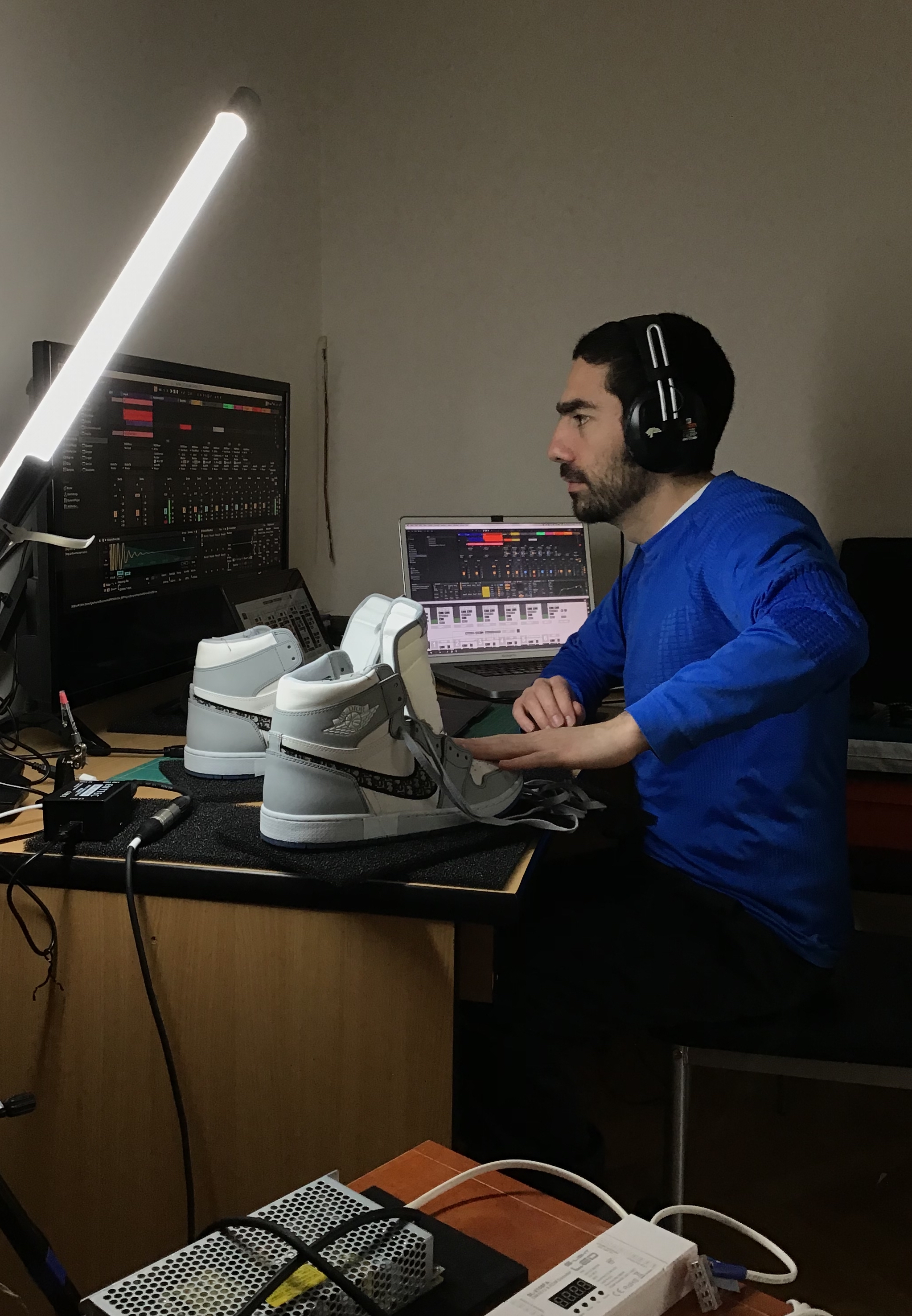 What was the final product in the Dior collaboration? As far as I've seen it is a video - could you capitalize on your knowledge on how your designs look/should look on screen from your experience on Blade Runner?

The final “product” was a unique experience, via a site-specific interactive installation. The video is only the official documentation from the actual installation in the ancient Guangdong Hall in Sino-ocean Taikoo Li, in Chengdu during the worldwide release of AirDior and its capsule collection. Our work for Blade Runner 2049 and our work for The House of Dior are two far apart hemispheres from the the EJTECH universe. Whilst one was made to exist in a plausible, sci-fi dystopia, and meant to look good on the silver screen, the other was created by an entirely real-life physical encounter with an augmented sneaker as an interface aimed at an immersive experience. I guess the only parallel between these two projects, was working with a team who doesn’t dabble with the question of “Can we do this?”, but rather focuses on “How will we do this?”. 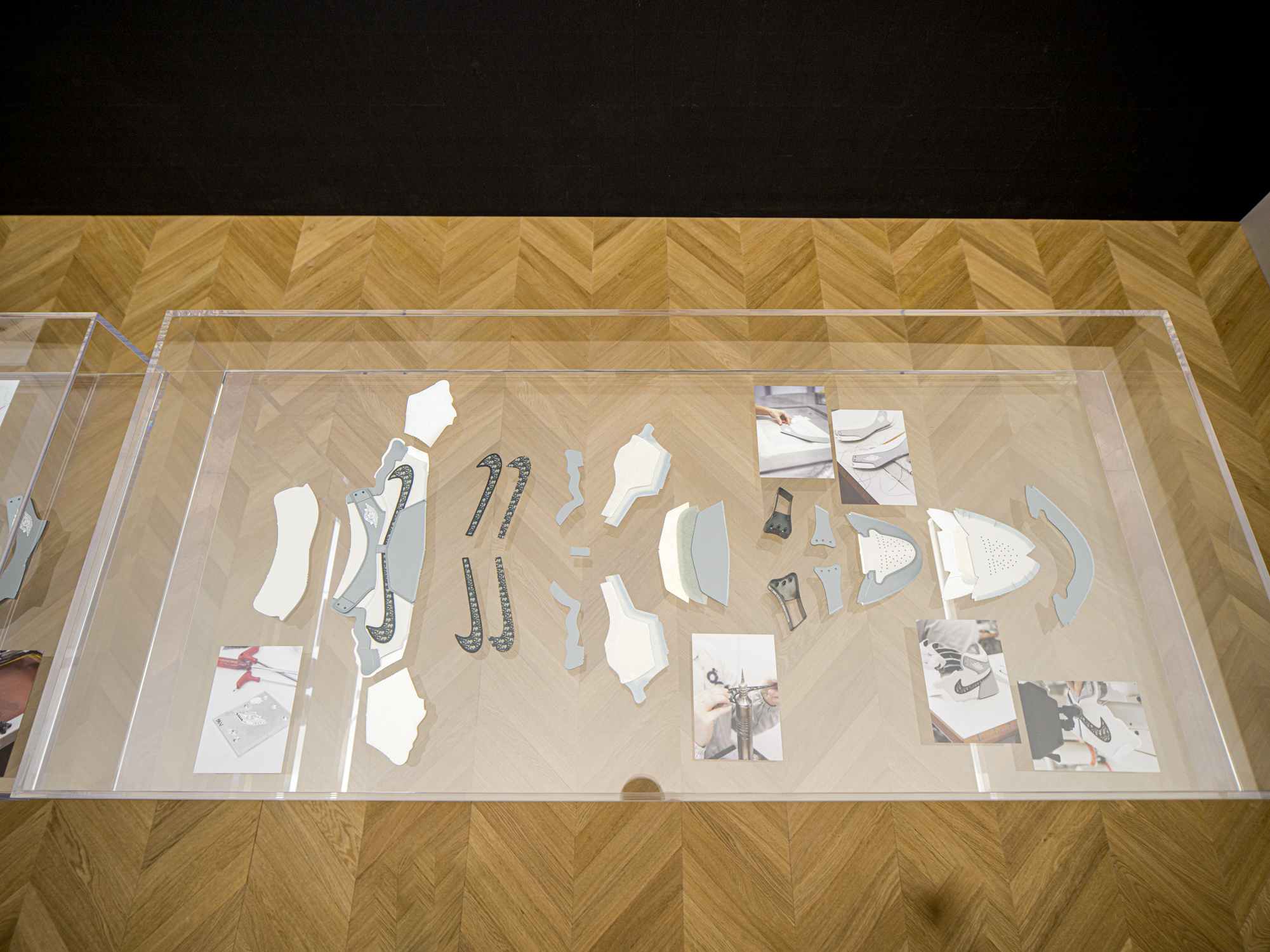 What are you working on now?

Currently free-diving two different projects. On one side, with the working title “General Magic”, is an experimentation with dynamic soft surfaces ephemeral ambiance, and self painting canvases. On the other “VerdiGris”, and journey into patina and its effect on augmented galvanized textiles as sensors for musical interaction. For both of these, we are working on a performance / installation piece. 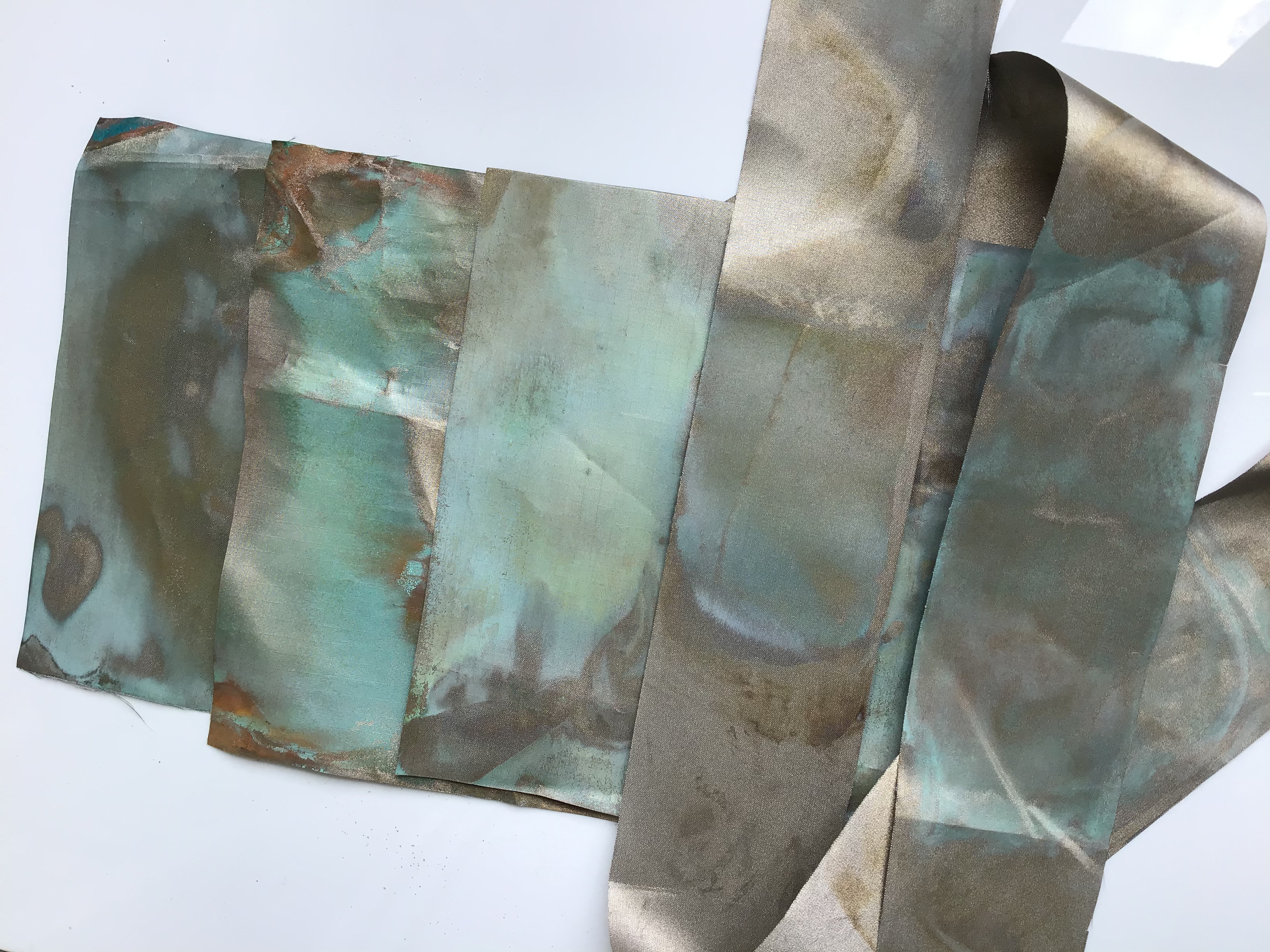 Coming up soon, and super excited, I will play live electronics for the Exiles - RETURNS at the end of September, and shortly after that, we will be setting up Pulse. A textile sculpture rigged to manifest the raw, unfiltered shape of low frequencies in sound at the brand new Kápolna. 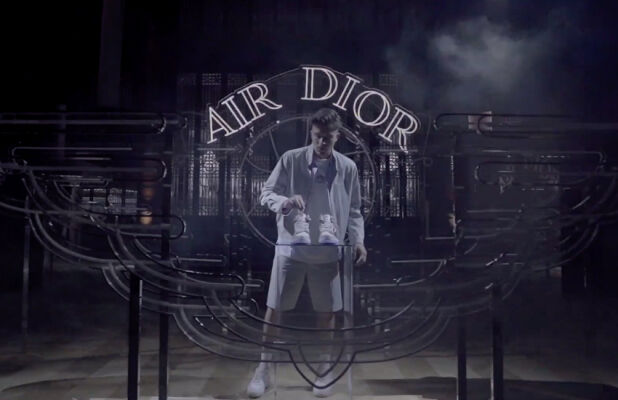 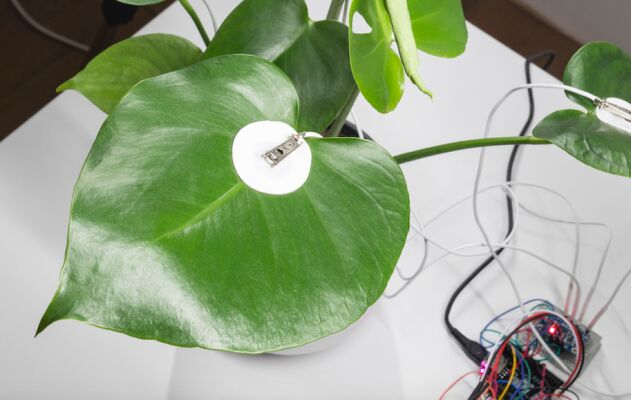